Cyprus charms its visitors with a magical allure, fully deserving the title "Pearl of the Mediterranean". For centuries Cyprus has been influenced by the cultures of many different nations, which has led to an island with a rich and diverse cultural, historical and architectural heritage. From Soli and Vouni in the west, via Arab Ahmet Mosque in Nicosia, to Salamis and the site of Apostolos Andreas in the east there is much to reflect 9000 years of civilization.

Here you find brief descriptions of the major sights in Northern Cyprus followed by links and further reading suggestions.

Kyrenia with its castle and picturesque harbour plus the backdrop of the Five Fingers mountain range is one of the most attractive towns in Cyprus. The old harbour is bordered by what used to be carob warehouses but are now cafes, restaurant and bars. Fishing boats, colourful yachts and excursion boats are moored in this pretty spot. 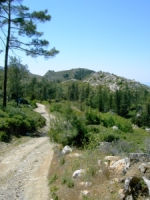 Kyrenia Castle, which was built by the Byzantines and restored and reinforced by the Lusignans and Venetians, houses the shipwreck museum and exhibition of historical interest.

The Folk Art Museum displays a selection of Cypriot furniture, clothes and items like an olive press and threshing boards.

The Greek Orthodox Church, Archangel Michael was reopened in 1991 as an icon museum to display some of the icons from the churches of the Kyrenia area, hitherto stored in the castle. 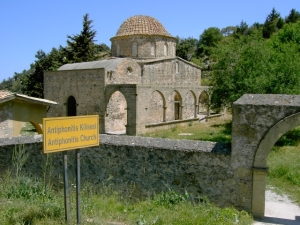 Bellapais Abbey, by virtue of its situation and its architecture, counts as the gothic masterpiece of the island. The 13th/14th century abbey lies within walking distance of our Hotel "Ambelia Village".

Buffavento Castle is the highest of the three fortresses and due to its dramatic setting the most difficult to reach (45 min. walk from the car park). 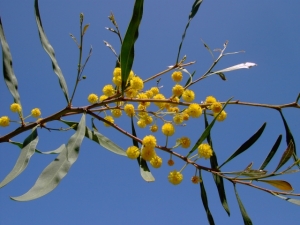 Guzelyurt means beautiful place and beautiful it is in fact. Set in the heart of a fertile river plain it is the centre for the island's citrus plantations.

St. Mamas Church is famous for its display of antique icons.

The Museum of Cypriot Archaeology and Natural History contains a remarkable assortment of stuffed animals of the island and archaeological finds that date back to 7000 BC.

Soli boasts the best preserved mosaic and marble floor in northern Cyprus in its basilica. There is also a restored theatre and the remains of a market place and of a temple to Aphrodite.

Vouni was the only Persian palace in Cyprus and its remains lie on a spectacular hilltop overlooking the sea. 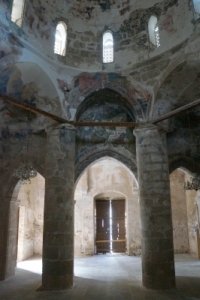 The capital of Cyprus is a worthwhile destination, with a fascinating collection of Crusader Gothic and Turkish Ottoman monuments set within the old Venetian fortifications.

Mevlevi Tekke, the former domicile of the whirling dervishes, dating from the 17th century, hosts a museum for Turkish and Turkish-Cypriot art and handicrafts and exhibits local dresses and embroidery.

Buyuk Han (The Great Inn) was built in the standard pattern of Ottoman inn buildings. It houses nowadays a café and a number of small shops offering Cypriot handicraft and products like honey, olive oil and carob syrup.

Selimiye Mosque, the former St. Sophia cathedral, has been converted into a mosque in the 16th century by stripping it of all its decorations, which were incongruous with the tenets of Islamic faith and putting up two minarets.

The covered market hosts vegetable-, fruit-, and meat-stalls and a number of other small shops including souvenir shops.

The Dervish Pasha Mansion gives an impression of the architecture of the Turkish city-houses and the way of life of their inhabitants.

Arabahmet Mosque is a typical example of 19th century Ottoman architecture. Tombstones from the 14th century were used to lay the floor and will be revealed on request. The surrounding district, named after the mosque, currently goes under renovation and shows interesting examples of Turkish city-houses.

Saray Hotel, situated in the centre of old Nicosia, gives the opportunity to enjoy a bird's eye view from the roof terrace. 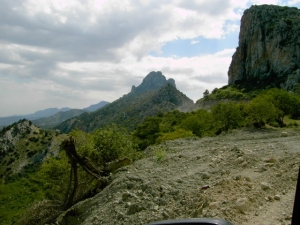 Within the Venetian walls the old town of Famagusta (Gazimagosa) boasts some of the most superb medieval architecture in the Middle East.

Today's inhabitants have blended the city's relics so casually with their own daily needs that the preservation of theses monuments is almost synonymous with the routine maintenance of their public buildings and offices.

Othello's Tower is actually a citadel, for it was built as a fort within a fort to defend the entrance to the harbour.

Lala Mustafa Pasha Mosque is the former St. Nicholas Cathedral, built in the 14th century, where the kings of Cyprus have been crowned kings of Jerusalem.

The Venetian Palace was originally built as the royal palace of the Lusignans. All that remains from the palace, is the triple-arched façade supported by four granite columns brought from Salamis.

The Church of St. Peter and St. Paul was built in the 14th century and is still in a reasonable state of preservation, because there was always a use for it. The church served as a mosque, a store, the town hall and is today's municipal library.

Not an ancient sight, but nevertheless something you should not miss is Petek Patisserie, where a large display of sweets, cakes and biscuits makes you forget any diet. 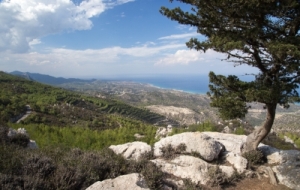 Ancient Salamis, the first city of Cyprus in classical Greek times, boasts some of the most impressive classical monuments.

The theatre has been one of the biggest in the Levant, seating up to 20 thousand people.

The gymnasium gives a glimpse of lifestyle and exposes the magnificence and wealth the city must have enjoyed in Hellenistic and Roman times.

The most elaborate floor patterning of all is to be found in the lowest section of the Basilica Kampanopetra near the sea, a circular ornament with spiral elements made of 2400 individual diamond shaped mosaic stones.

St. Barnabas Monastery is a completely preserved monastery and its church is open for viewing as an icon museum. The rooms around the courtyard house an archaeological museum and burst with pottery from different historical periods. 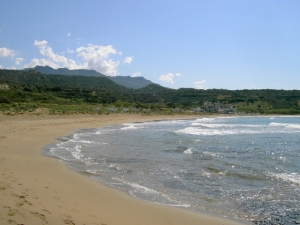 The peninsula stands for the nature reserve of the island with abundant wildlife and flowers, with wild donkeys roaming in the fields, and marine turtles nestling on remote beaches. Remote and isolated as a result of its geographical position, it almost feels like a different country. Karpaz boasts some exquisite early churches, which should not be missed.

Kantara Castle, the third of the mountaintop castles, offers excellent views of the Five Fingers mountain range as well as of the Karpaz Peninsula, the Mesaoria plain and Famagusta bay.

The mosaics at Ayia Trias are exceptionally well preserved. They are a good example of this method of floor covering, which was developed in the 4th and 5th centuries and c onsisted of geometric-ornamental mosaics. 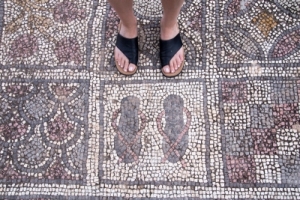 The village Dipkarpaz is the centre for the Greek Cypriots still living on this part of the island. The18th century church combines several elements of style, which we find also in the cathedrals of Famagusta and Nicosia and in the church of St. George of the Greeks in Famagusta.

The well preserved 10th century church of Ayios Philon, complete with roof, but beside it the red, white and grey mosaic pavement and column remnants belong to a 5th century basilica, the original church of the bishop Philon, who converted the inhabitants of the Karpaz to Christianity.

The road from Dipkarpaz to Apostolos Andreas stays more or less within sight of the coast; every corner brings new panoramas over endless deserted bays. Most spectacular of all is one stretch some two miles before the monastery with an immense sandy beach and wild golden sprawling dunes: Golden Beach. 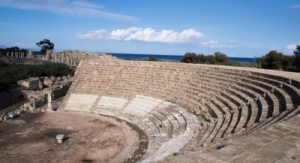 Apostolos Andreas Monastery has been the "Lourdes" of Cyprus as St. Andrew was a great miracle worker and protector of travellers. The monastery and its church are of modern date whereas of the original gothic chapel (15th century) there is only one small room left where there is a fresh water well, since the chapel in its entirety was included in the building of the newer, larger monastery church.

Once at Apostolos Andreas, you might want to complete your pilgrimage by driving the remaining 3 miles to the very tip of the peninsula, where once stood a temple of Aphrodite. You can enjoy a picnic in this wonderful spot at the end of the earth, lolling on the grass, gazing out at the string of little islands opposite, the Klides, the Keys of Cyprus, home only to the rare Audouin's Gull.